The plan for Siargao was to celebrate a reunion with our friends Marco and Olesya, who we have spent the first three months of our travels with. But a few days before the long awaited meeting, we heard about the insurgency of Islamist militants that plunged the southern state of Mindanao into chaos. As a consequence, the president imposed Martial Law on the whole region.
Unfortunately, Siargao, a small island in the northeast of Mindanao, falls within the affected perimeter. After several days of closely following the news and talking to locals to find out if violence was spreading, we had to make a decision. Considering that such conflicts are often geographically contained and our sources on Siargao itself telling us that everything was as calm as always, we decided to go ahead with our initial plan.

We bumped into Marco and Olesya at the airport in Cebu. It was great to see them again after seven months apart. We had booked different places to stay, but only about a minute’s walk away from each other. After the first day, our concerns regarding terrorist attacks and Martial Law were all but forgotten; Siargao was still the calm and beautiful island we hoped it would be.

Well, although we didn’t suffer any attacks as such, we did get terrorized by a merciless and nervewrecking bunch of animals we got all too familiar with in the Philippines: roosters!
After two nights of barely getting any sleep at all, Barbara and I had to leave our beautiful bungalow and change to another place in order to escape their relentless efforts to turn us into ghost-like nutjobs. Prerequisites of the new place: aircon, proper walls and no roosters in close vicinity. Fortunately, I didn’t have to ask around for very long. 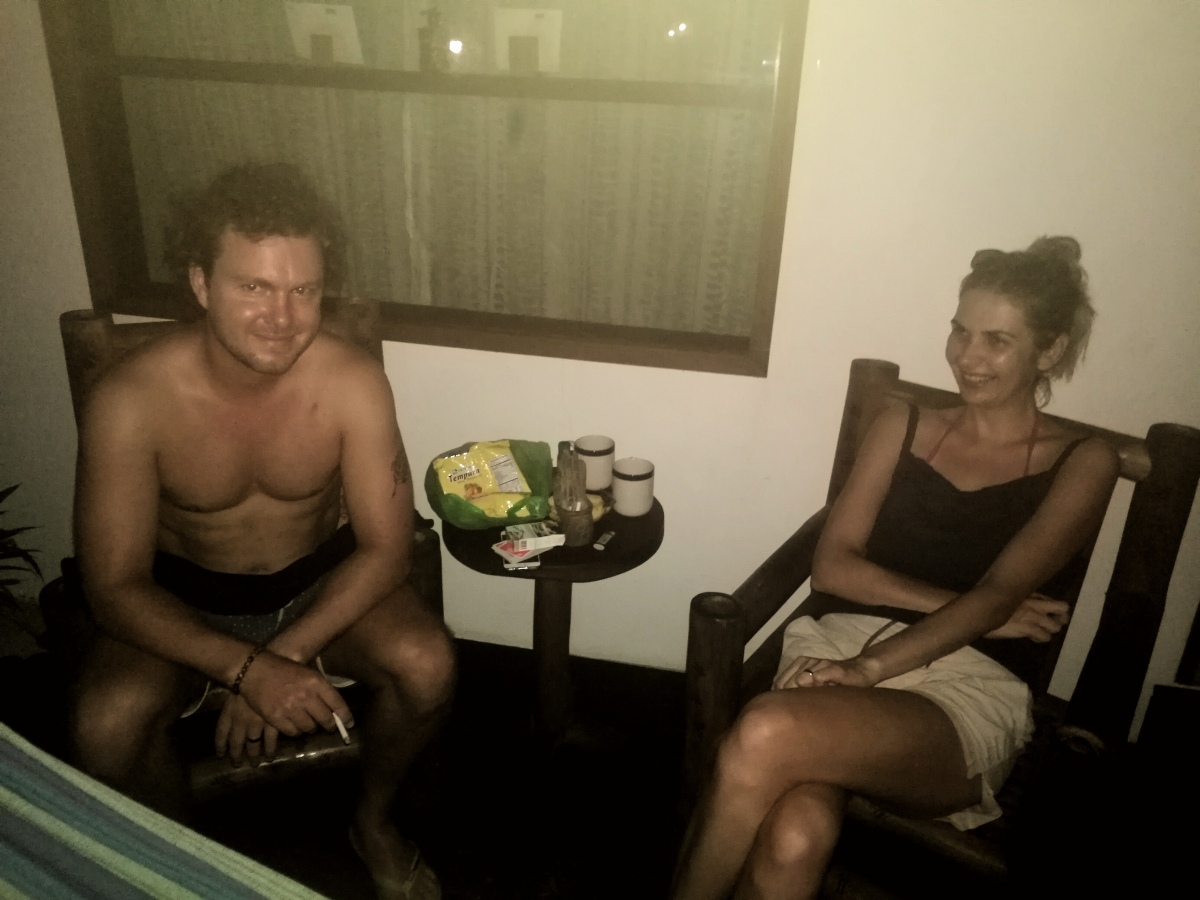 But besides this initial nuisance, the four of us had an amazing time. Beach, good food and great company. There is really not that much more you could wish for.
Marco and I organized surfboards and talked to people about the best breaks to go to and when. In the morning, we flagged down a moto-taxi and headed to the shore from where a little boat would take us out to the break for a few pesos. The first days brought decent swell and we got to enjoy some fun sessions. Of course we also drove up to surf Cloud 9, one of the most famous waves in all of Southeast Asia. It wasn’t the right time of the year for it to work properly, but we still got a few rides and the nice area with the long pier makes it worth your while in any case.

After a few days on the island, another friend of Marco, also called Marco, joined our group together with his friend Myrta. Together we enjoyed life on the island for a bit more than a week. 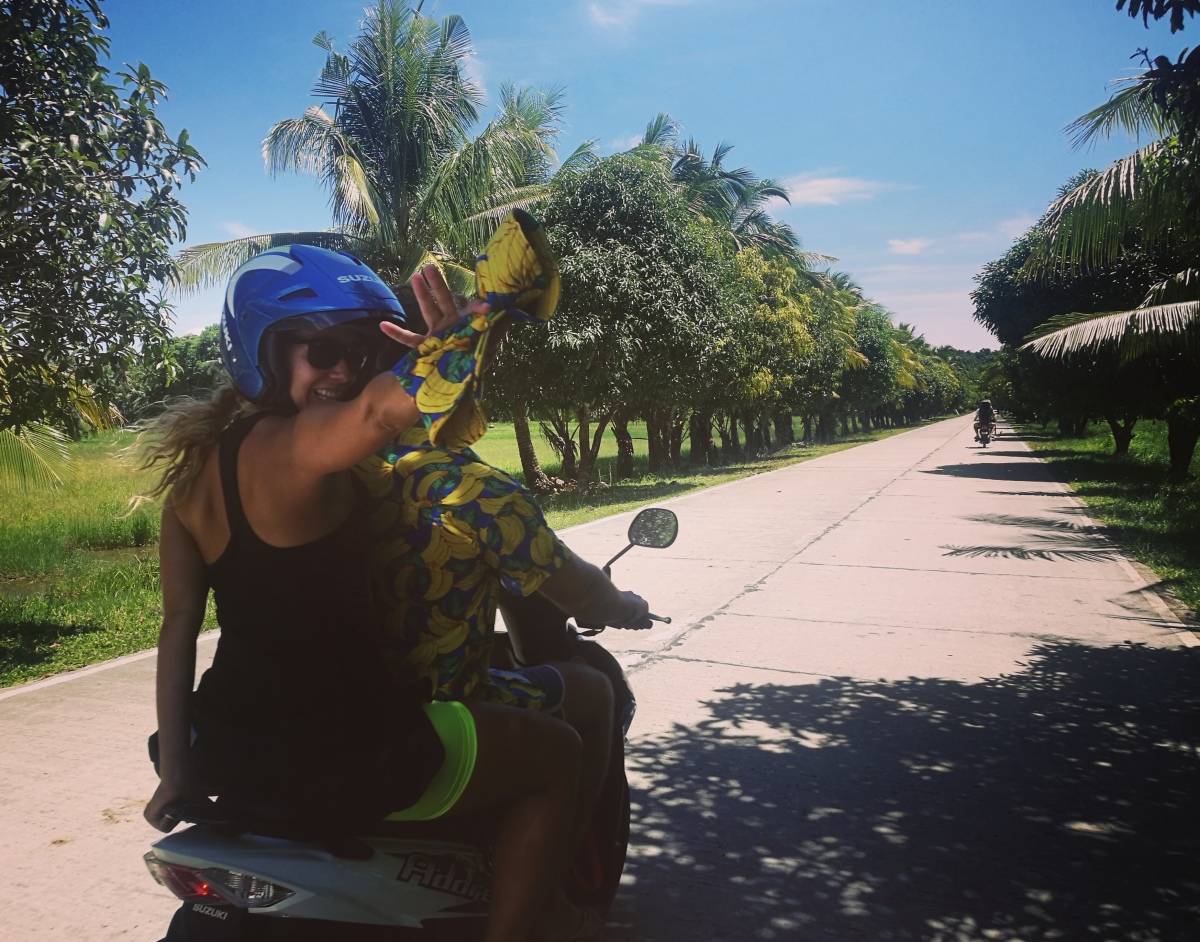 After twelve days of surfing, eating, playing cards, sweating in the hot sun and drinking the odd beer, our month on the Philippines was coming to an end. It’s a country with so much to offer that even after a full month visiting six islands, we felt like we just scratched the surface of it. Undoubtedly, there is a lot more to explore…