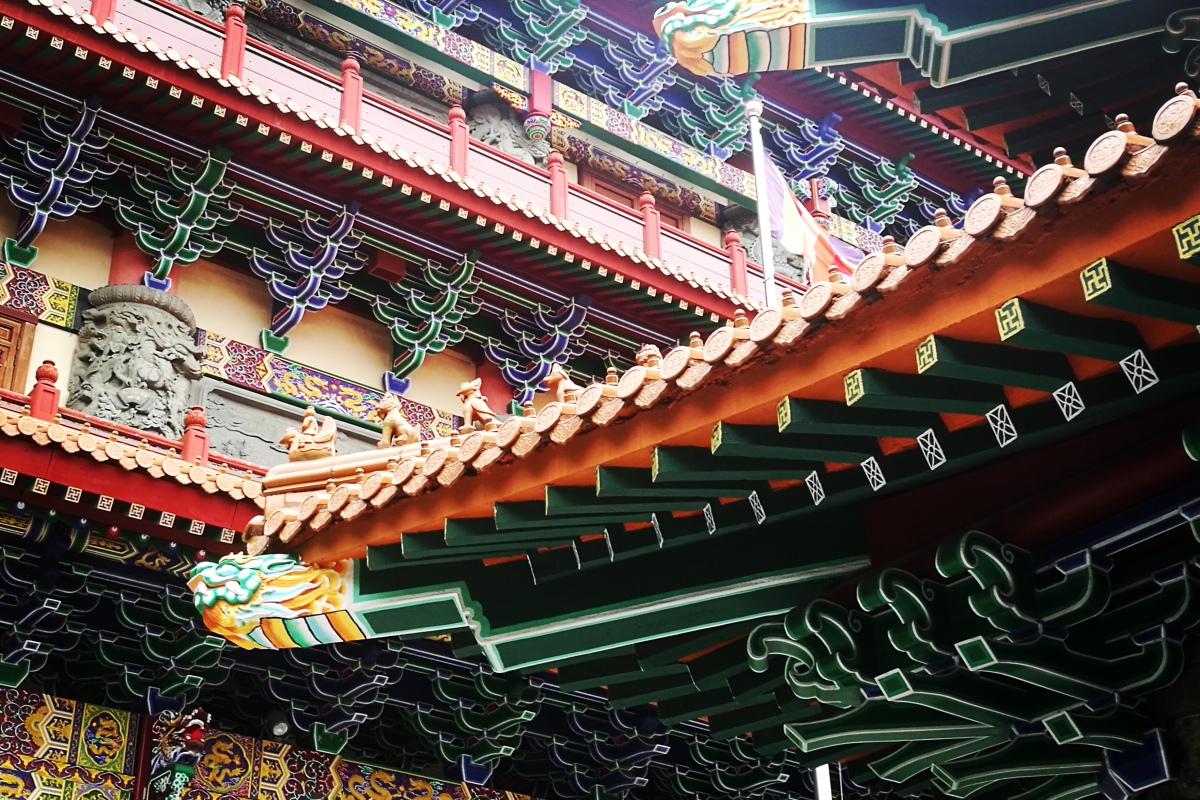 The city of Hong Kong is surrounded by hills, islands and beaches, all of which are easily reachable by public transport.

Picking our spots, we decided against the beaches as we thought the Philippines will have something waiting for us in that regard.
One day, I headed to Lantau Island to visit the Tai O Fishing Village as well as the Tian Tan Buddha and the Po Lin Monastery in Ngong Ping. The metro brought me to the island, from where I caught a bus that dropped me in the village about an hour or so later. I was expecting a cute, well preserved little town. Instead, Tai O was rather shabby if I may say so; besides the traditional housing of the fishermen, the streets were uninspired and lined with nothing else than raw and dried fish, not exactly an olfactory treat. After walking around for about thirty minutes I had enough and decided to take the next bus to Ngong Ping. I was also sure that I wouldn’t have fish for dinner. 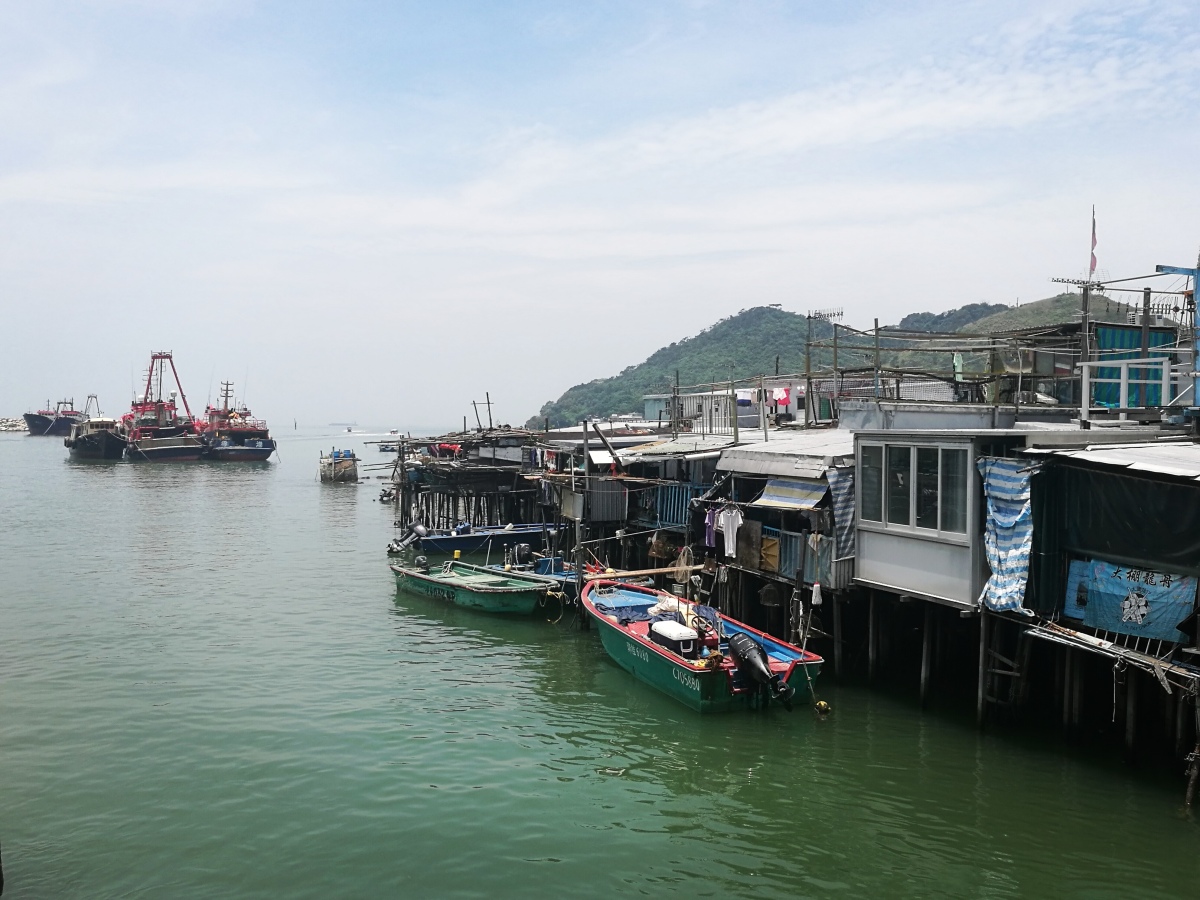 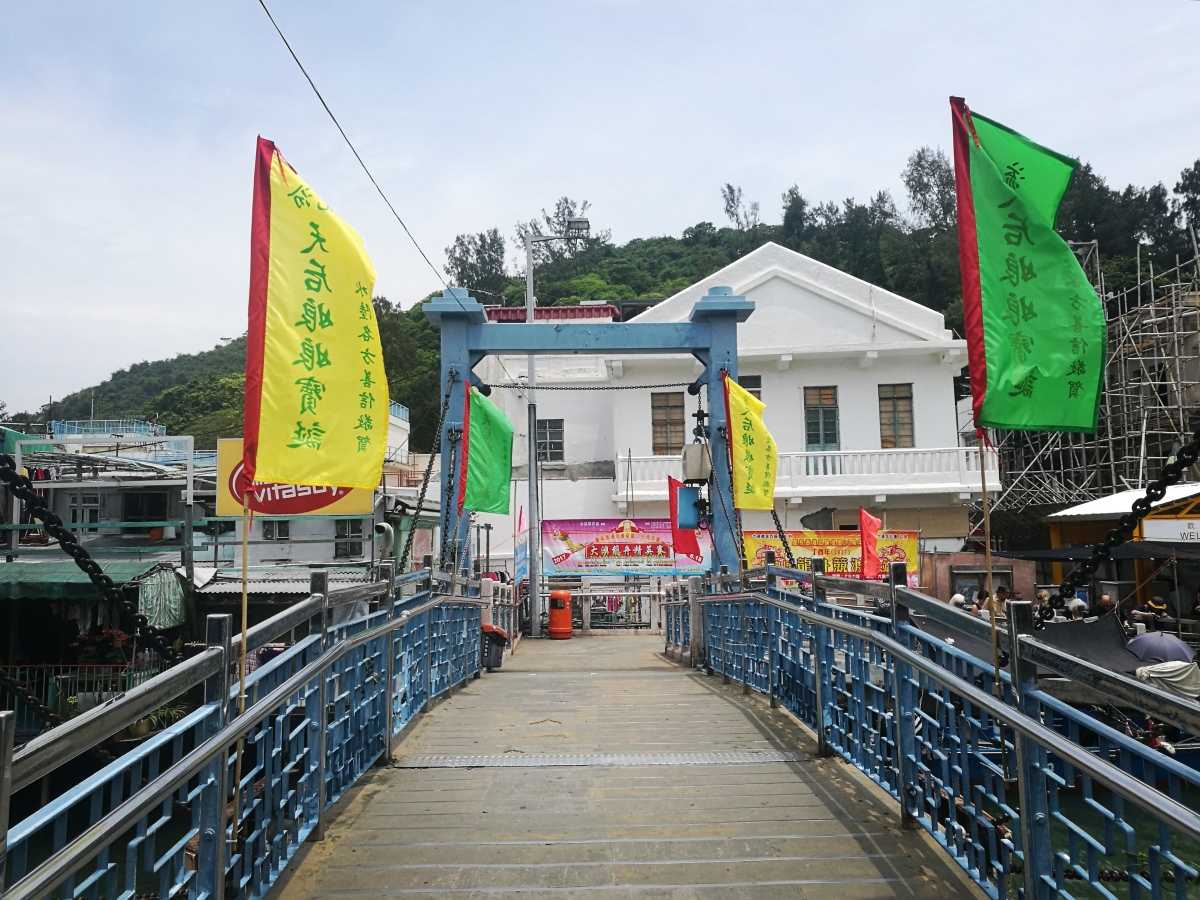 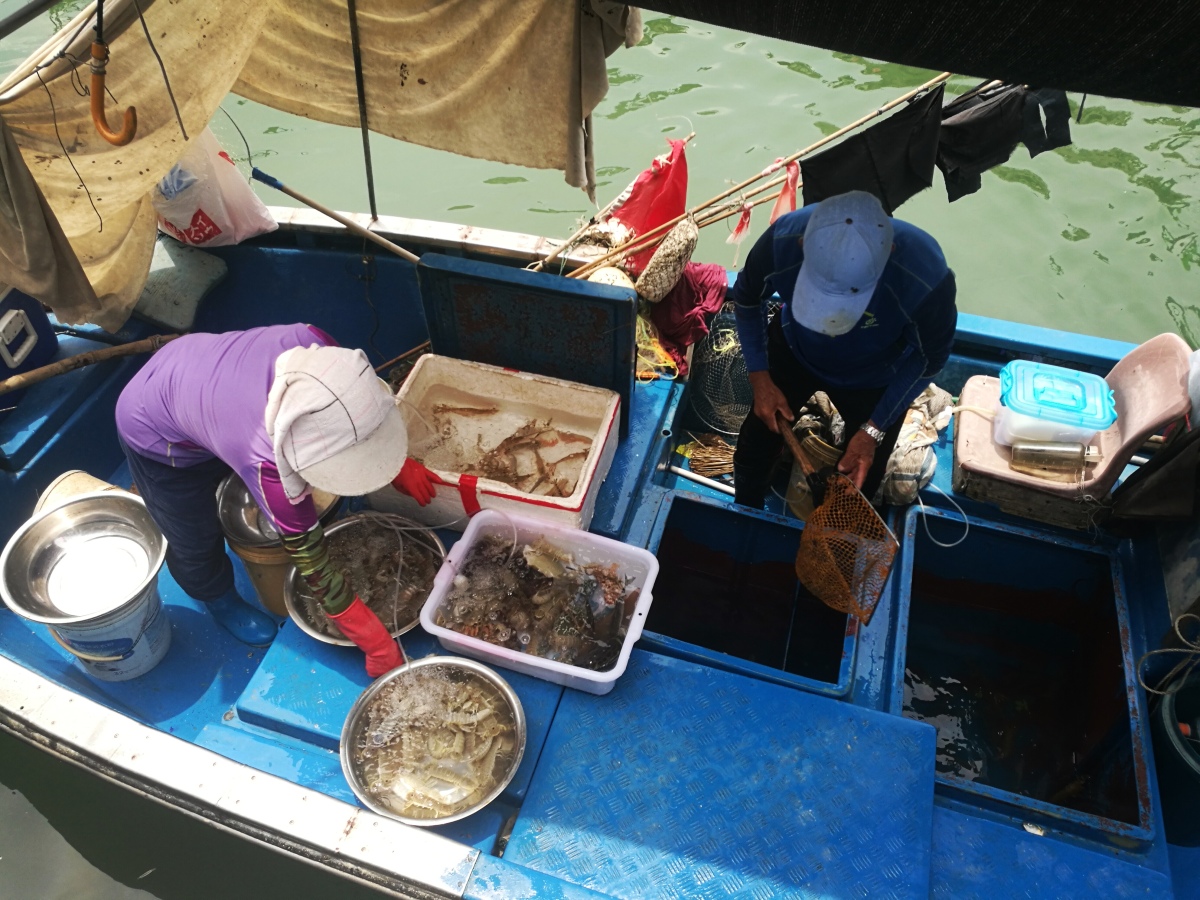 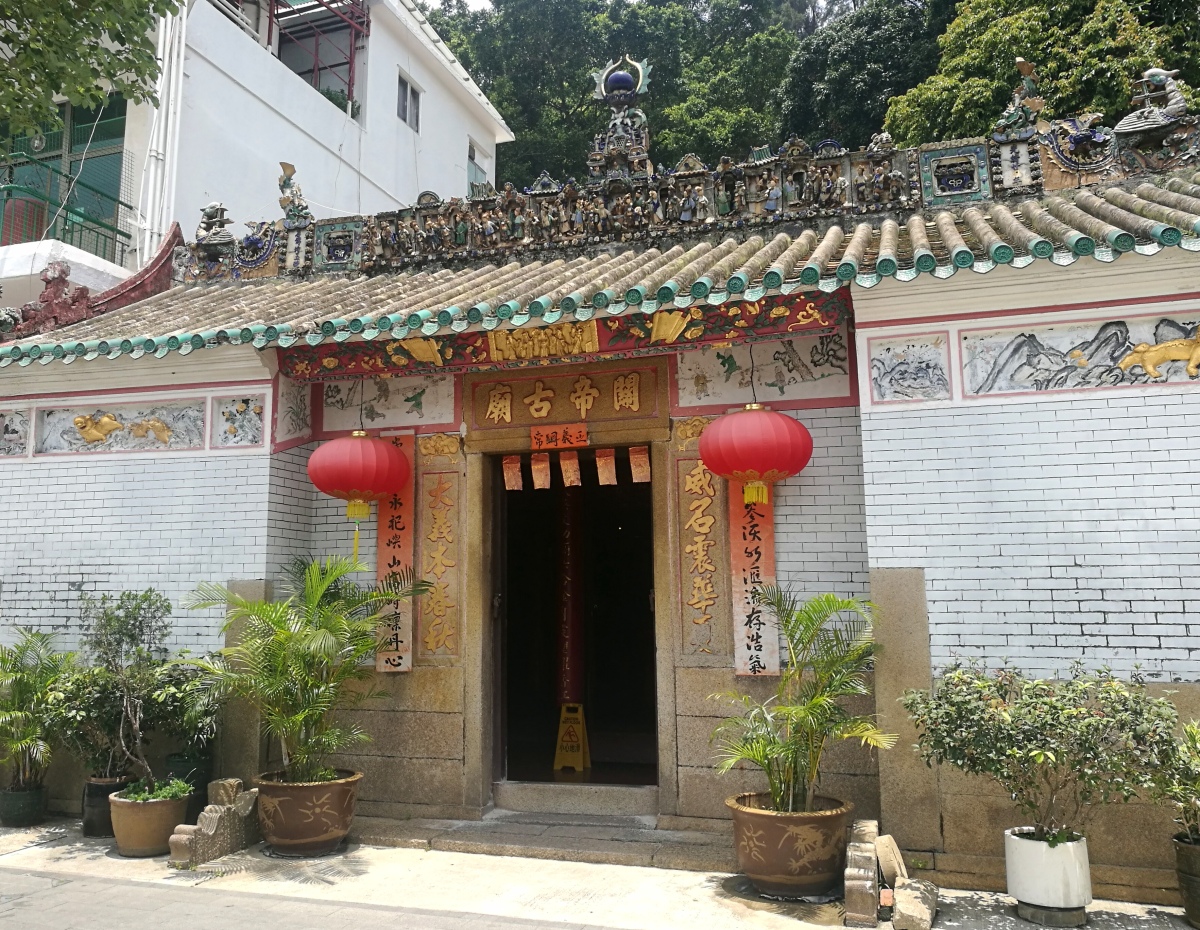 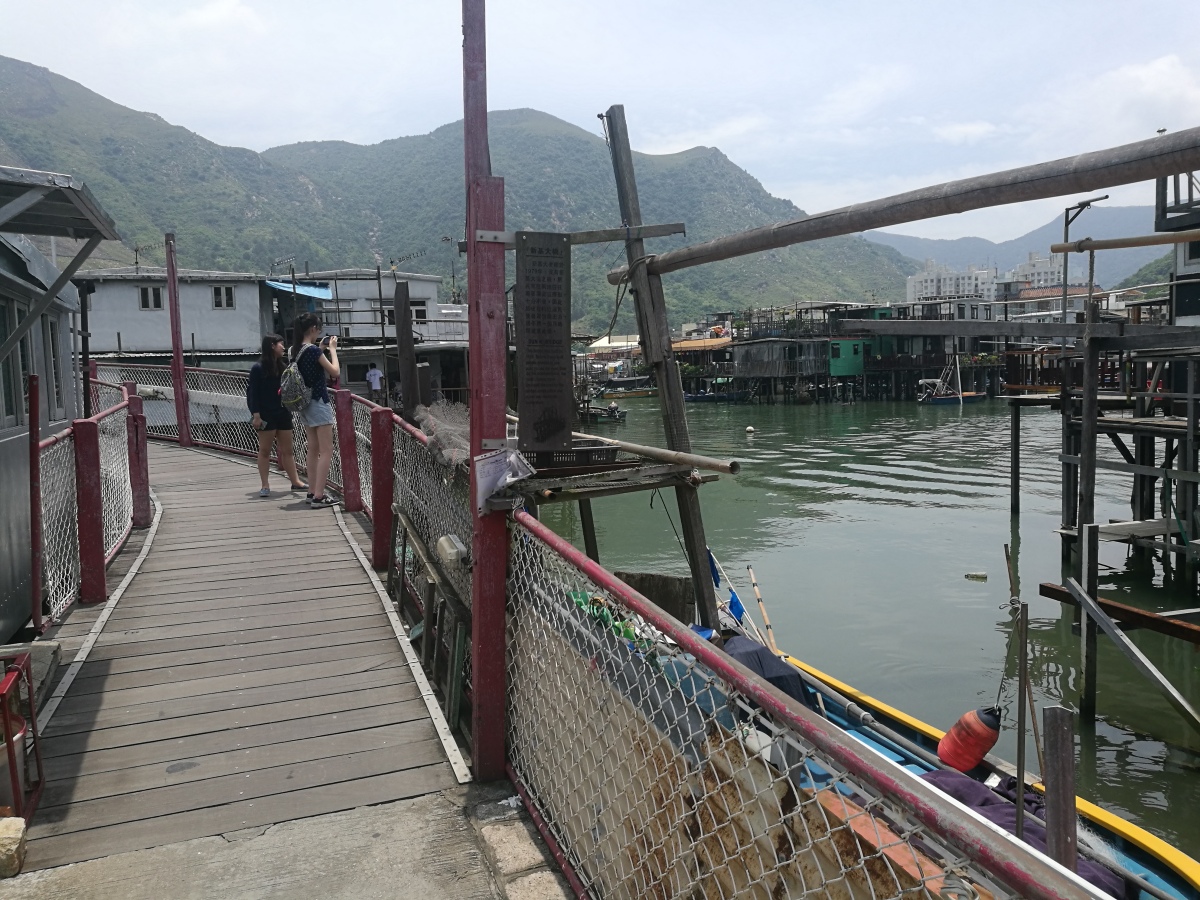 Ngong Ping was only about fifteen minutes from Tai O. It’s also possible to go up there by cablecar, which unfortunately wasn’t running that day.
268 steps led me up the main attraction, the gigantic bronze Buddha statue called Tian Tan, prominently positioned atop the hill, and down again to the Po Lin Monastery. 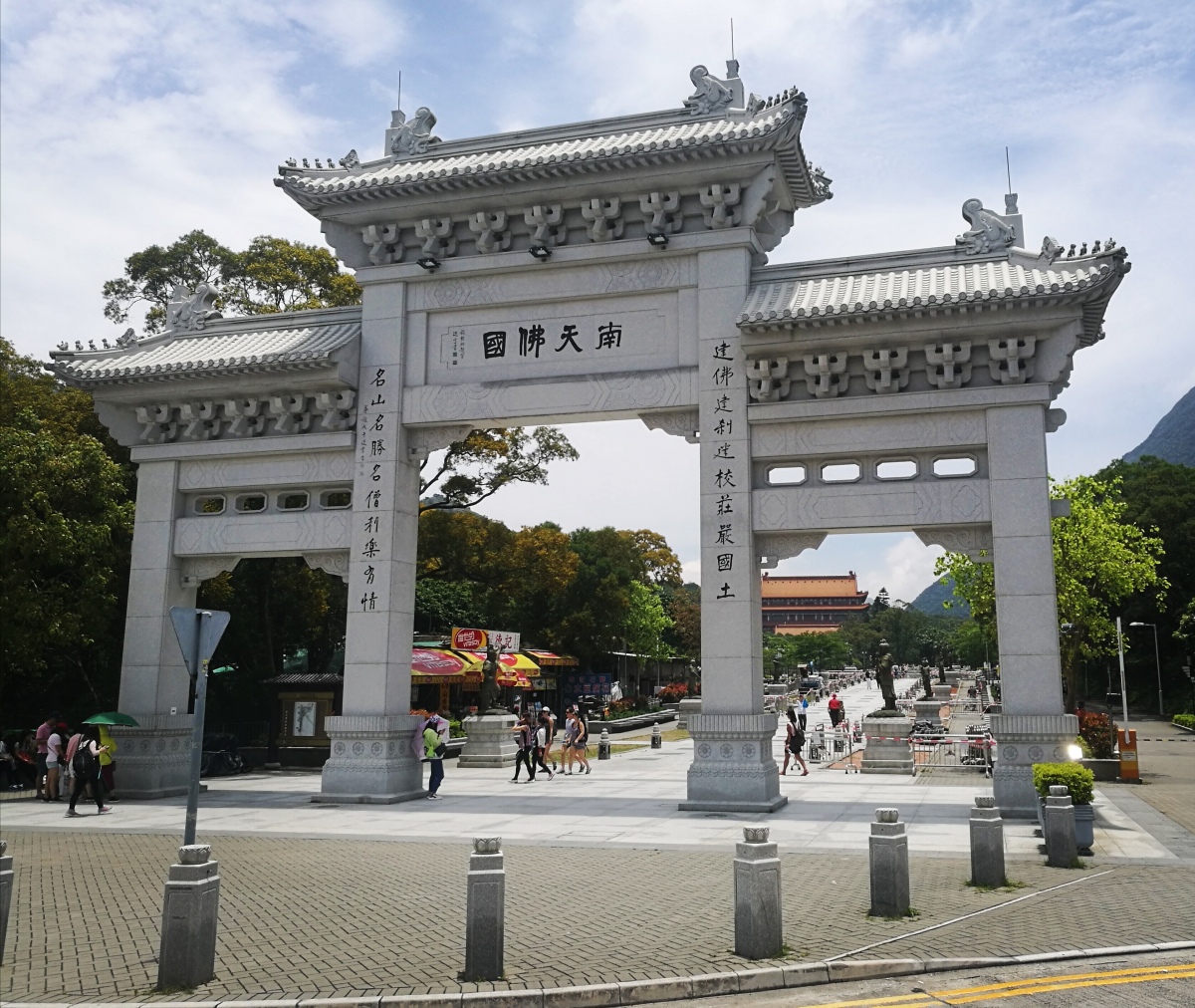 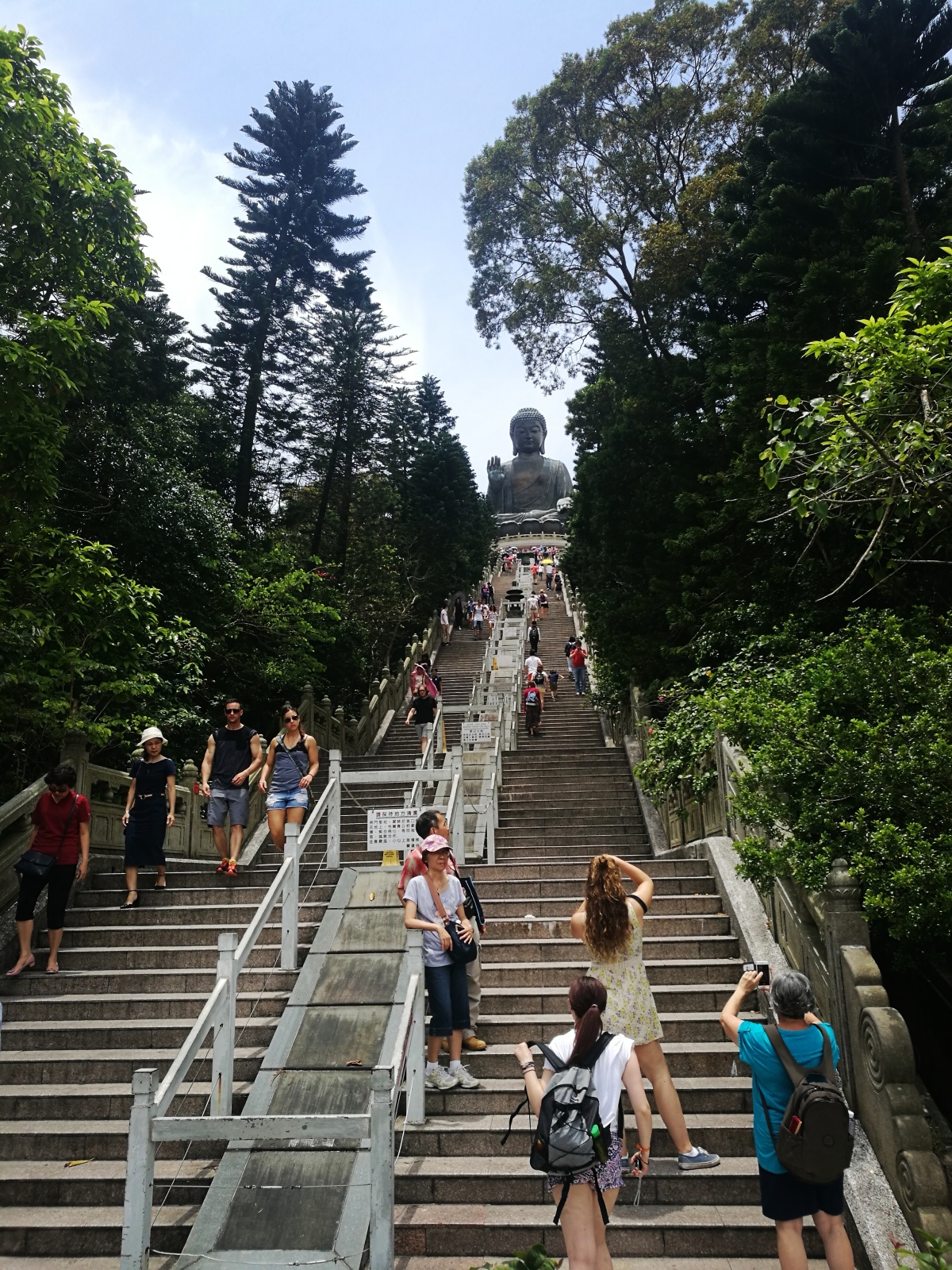 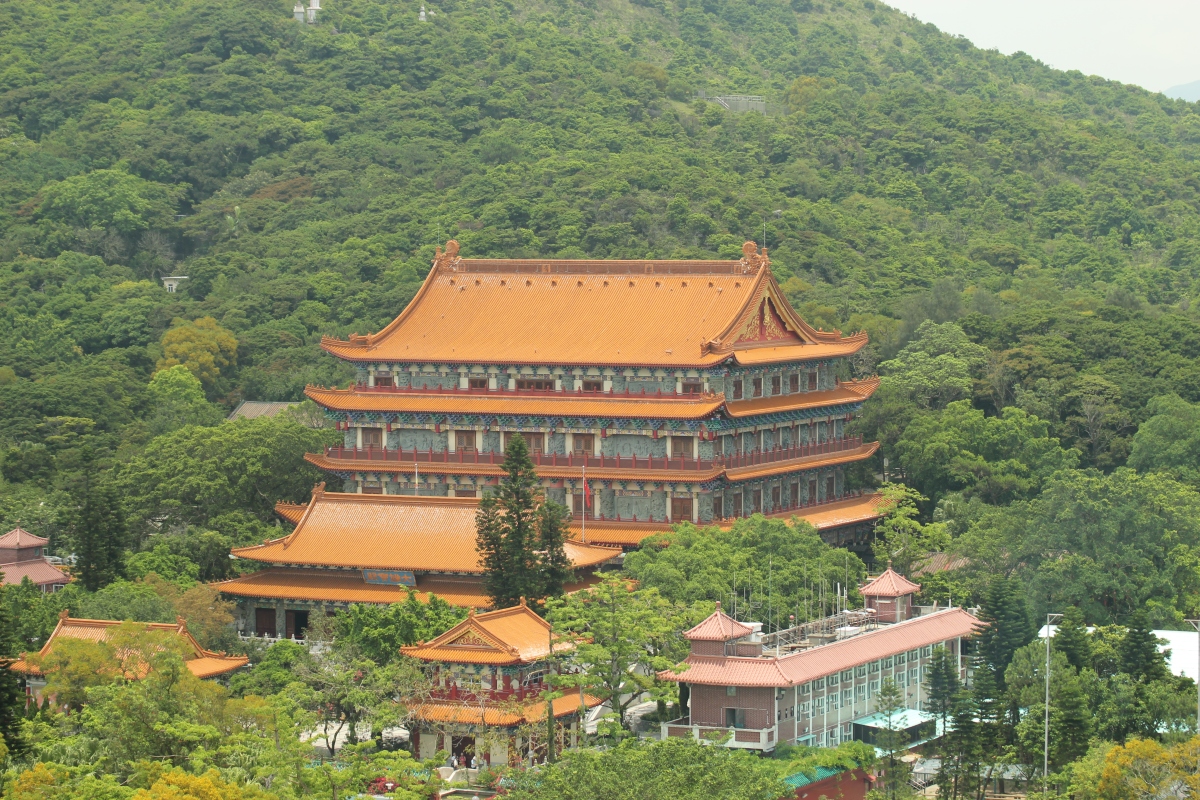 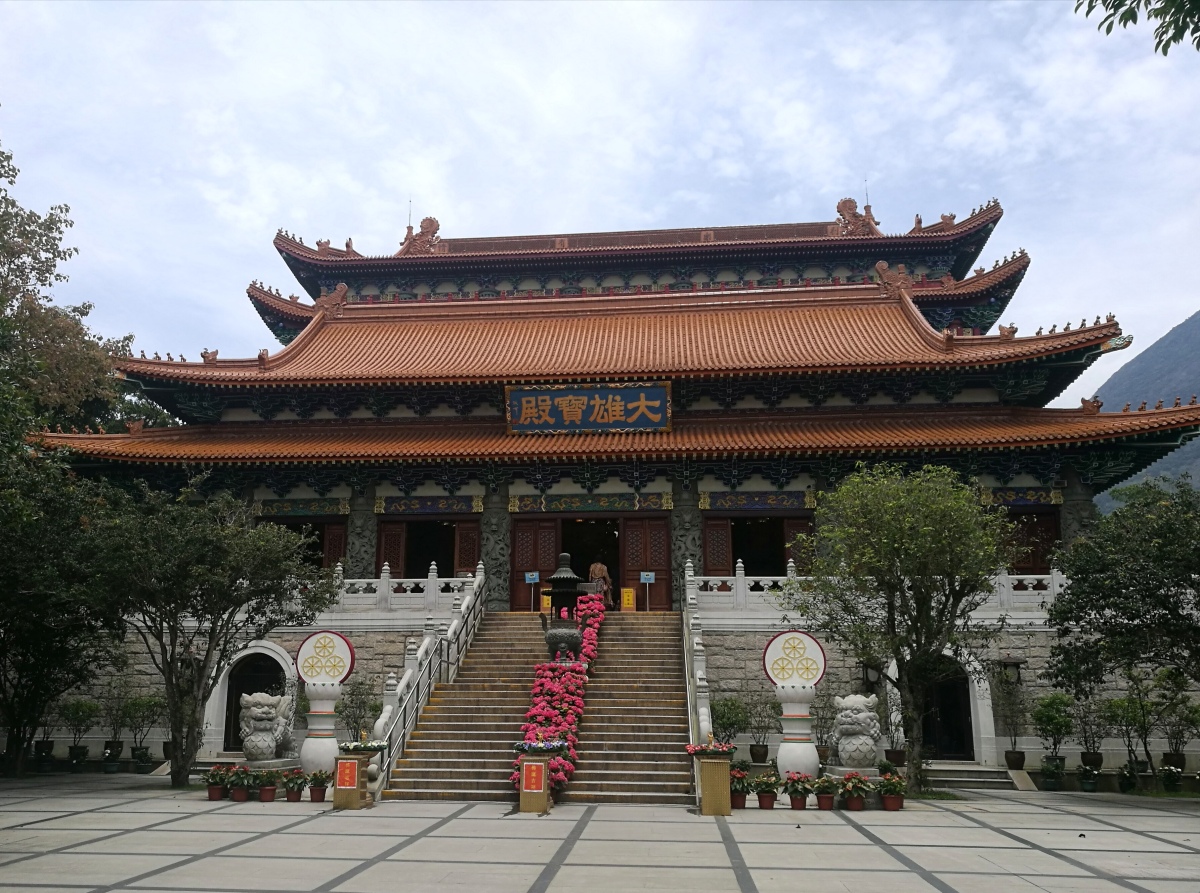 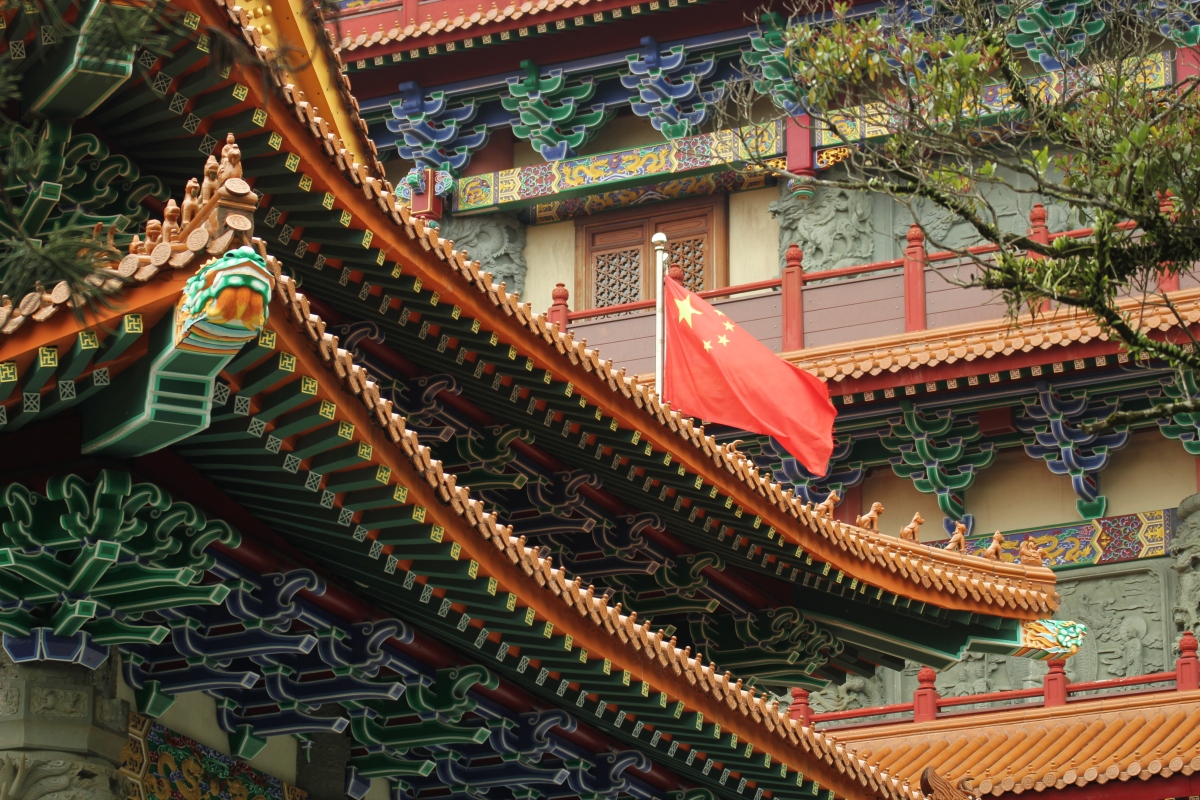 The other day, Barbara and I left the city to the north, changed the metro a few times and sweating considerably walked up the path to the Ten Thousand Buddha Monastery in Sha Tin. Hundreds of statues line the way up and like the thousands of smaller Buddhas in the main temple, every single one of them is unique, differing from all the others in facial expression, clothing, gesture etc. 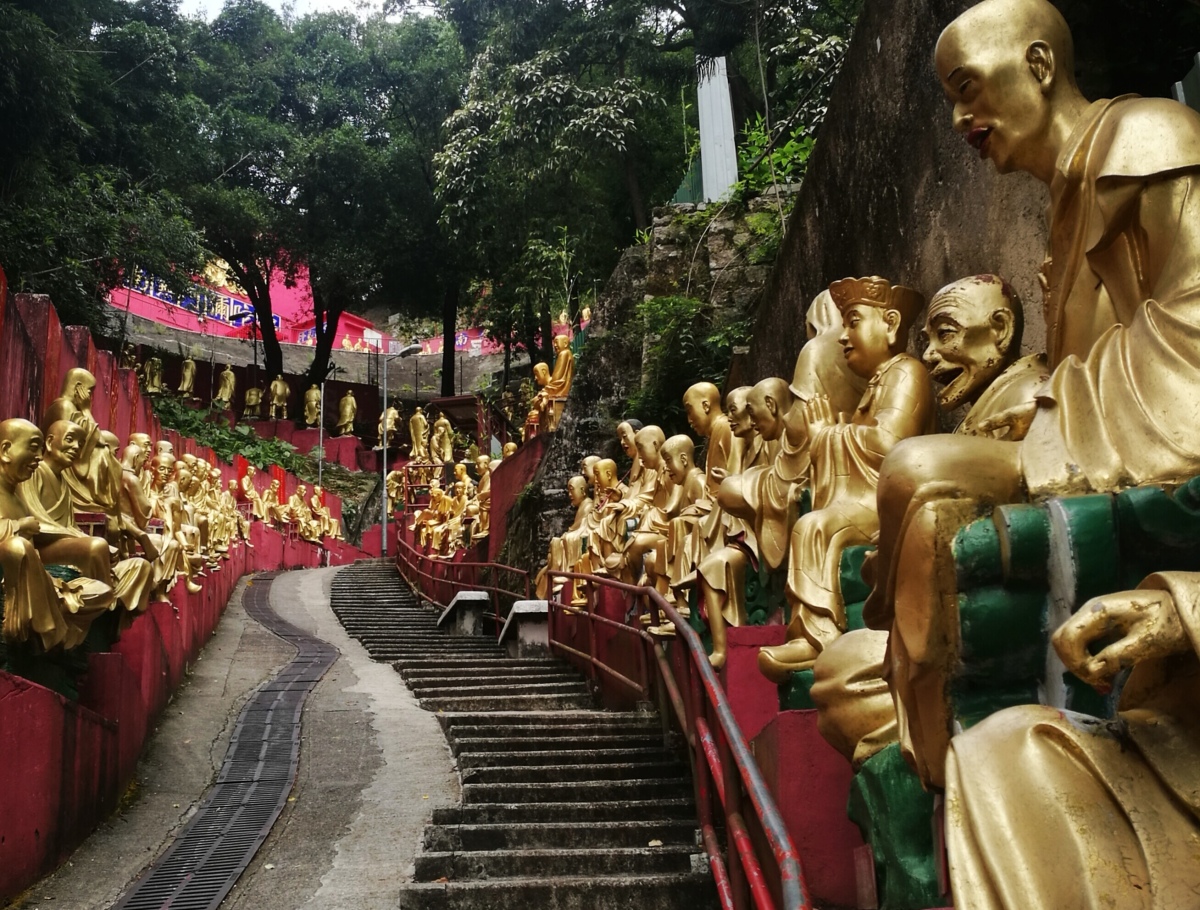 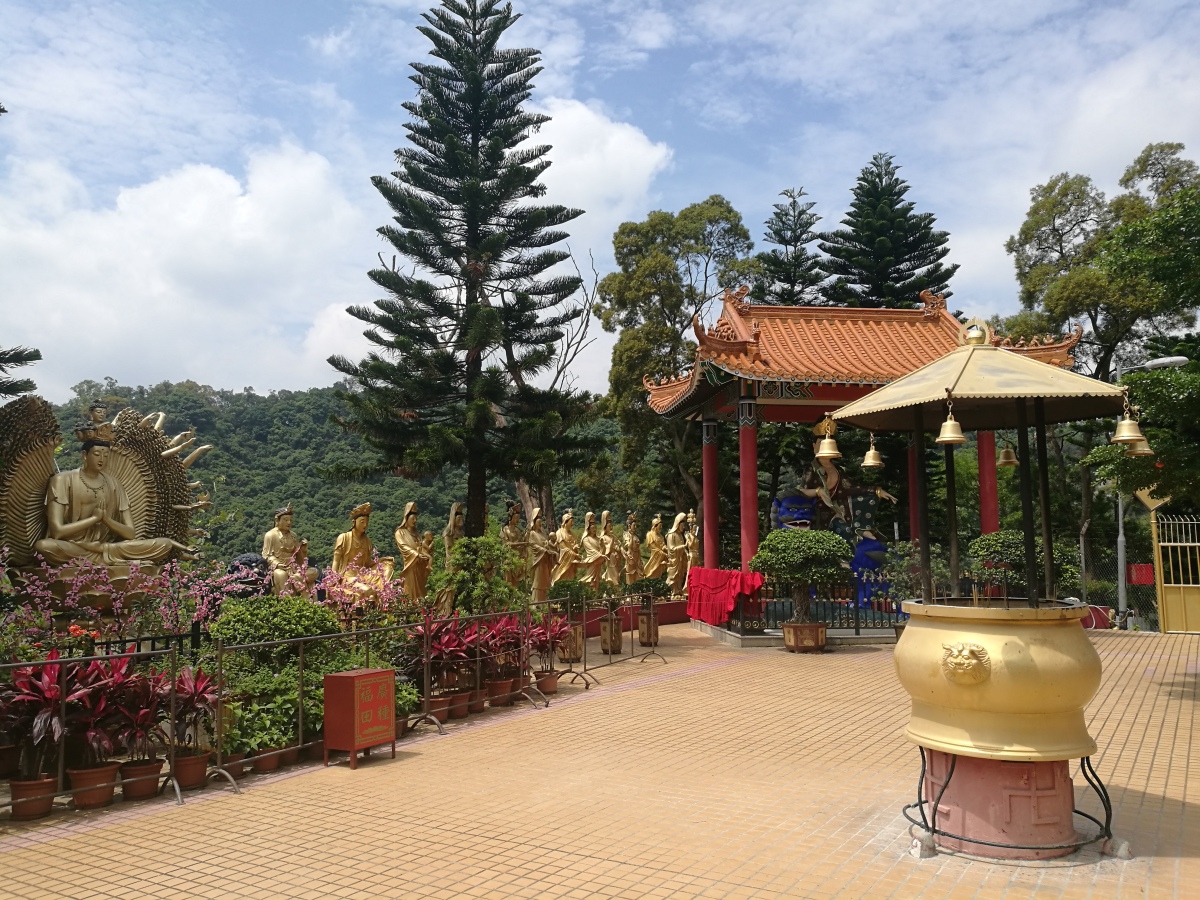 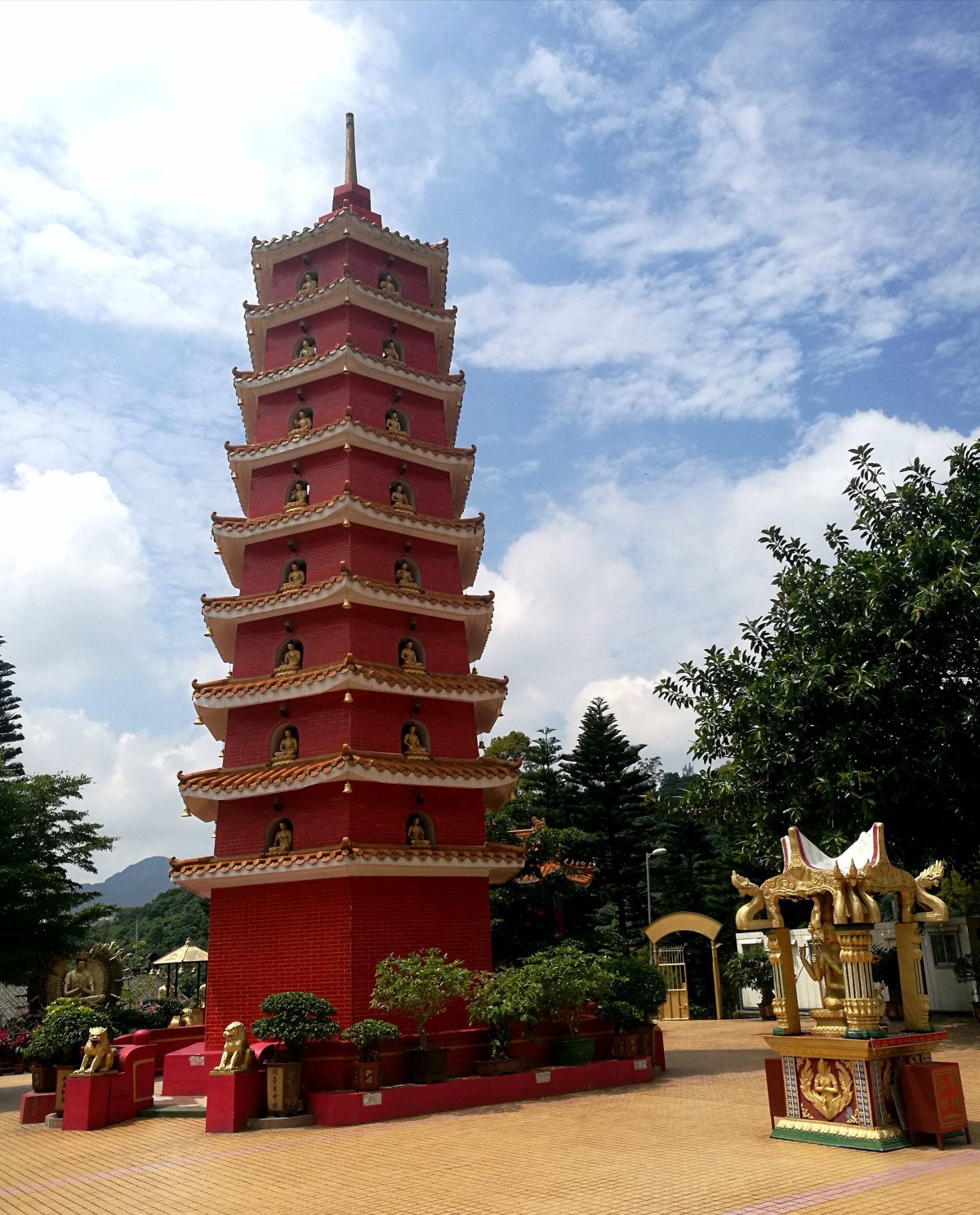 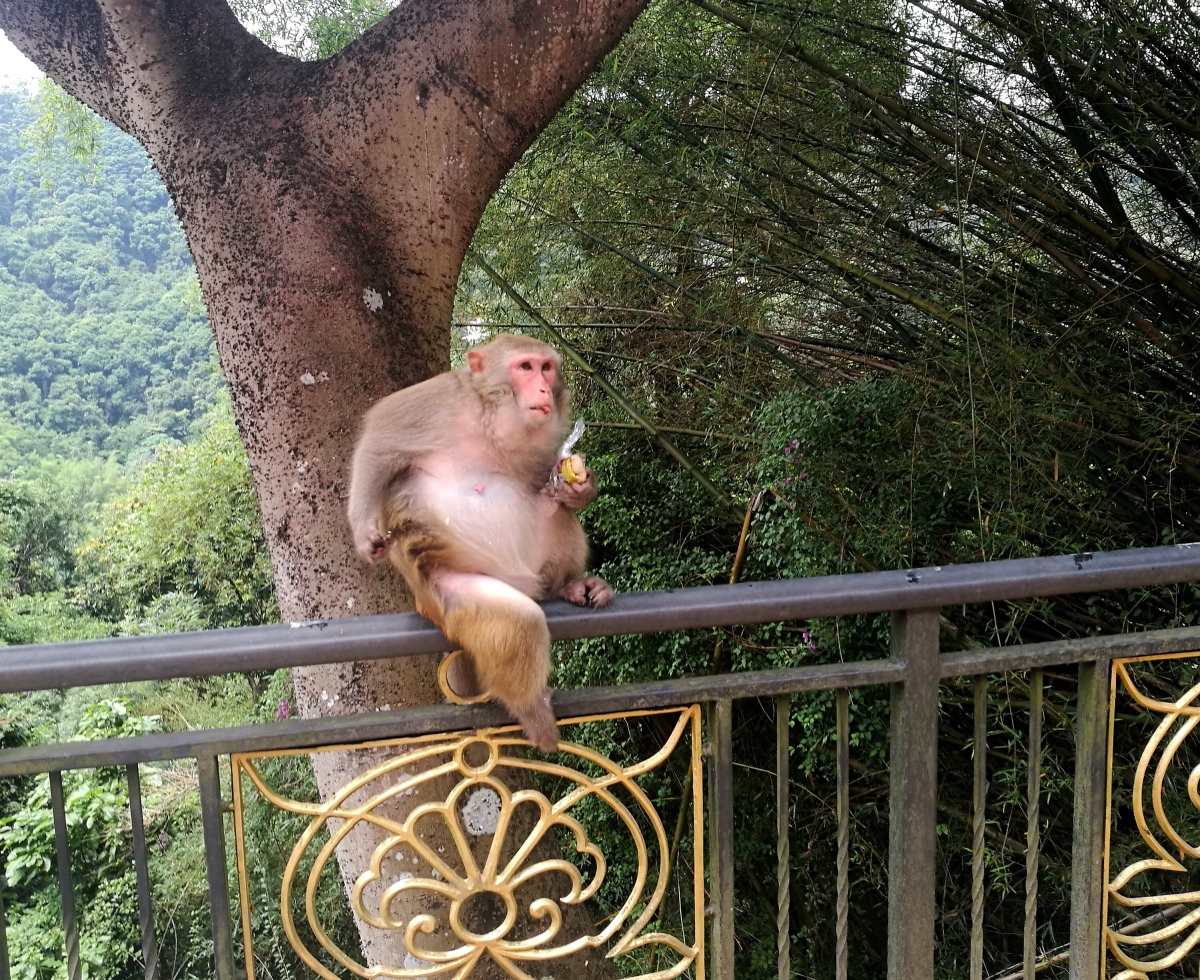 On the way back to the city, we made a little detour and also paid a visit to Nan Liang Garden in the Diamond Hill district, home to the Chi Lin Nunnery and the Golden Pagoda. It’s a relaxing walk through the beautifully laid out garden surrounded by contrasting skyscapers. 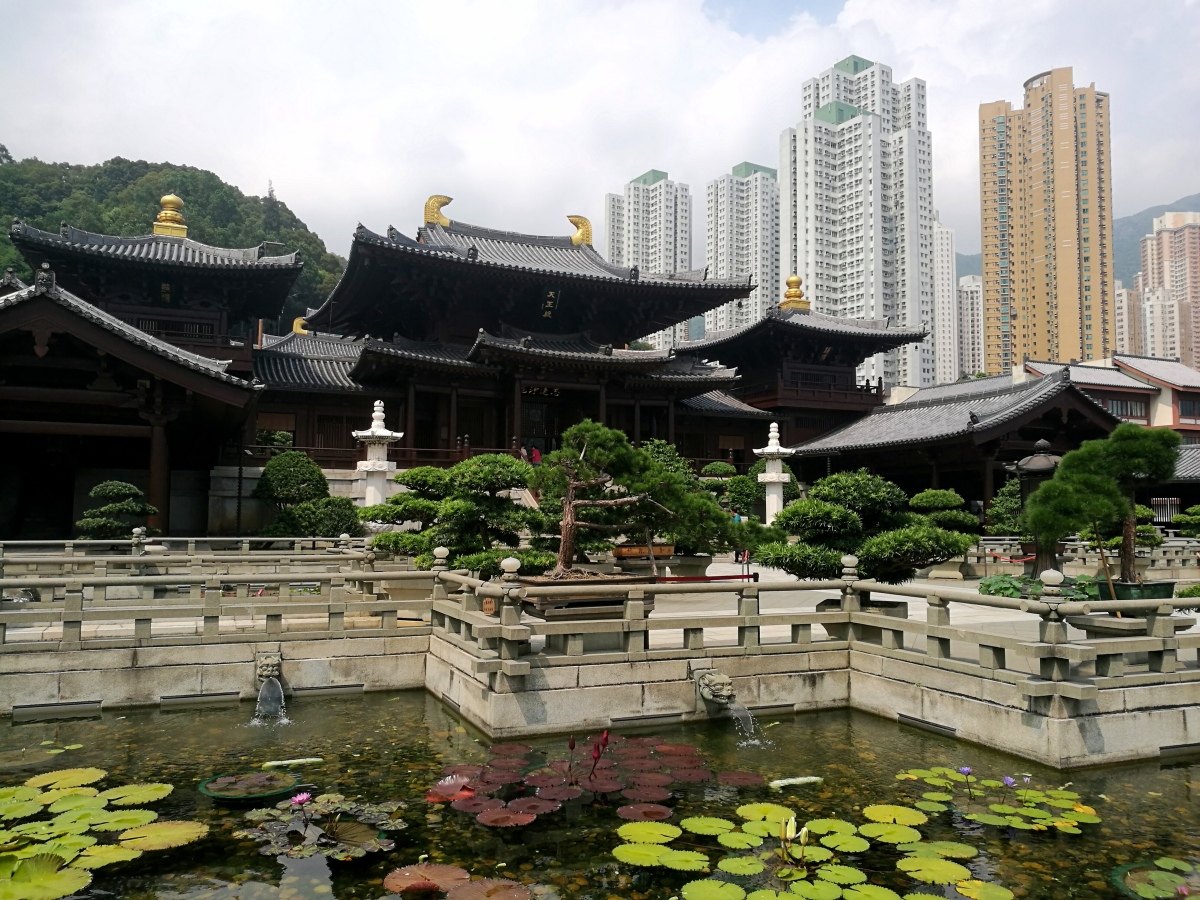 The last stop before finishing our sightseeing day, was at the Wong Tai Sin Temple. The Taoist structure is a busy place, bustling with worshipping locals and curious tourists alike. 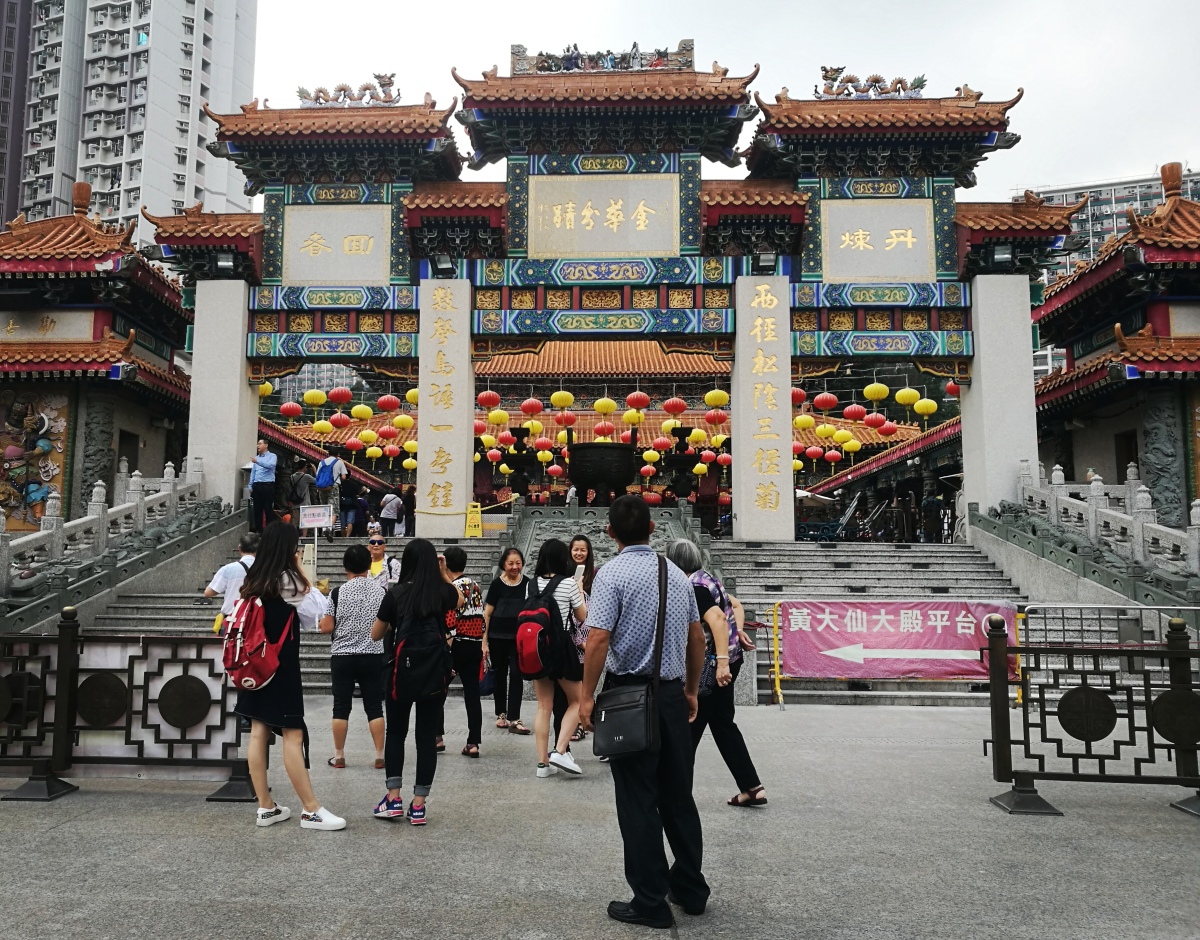 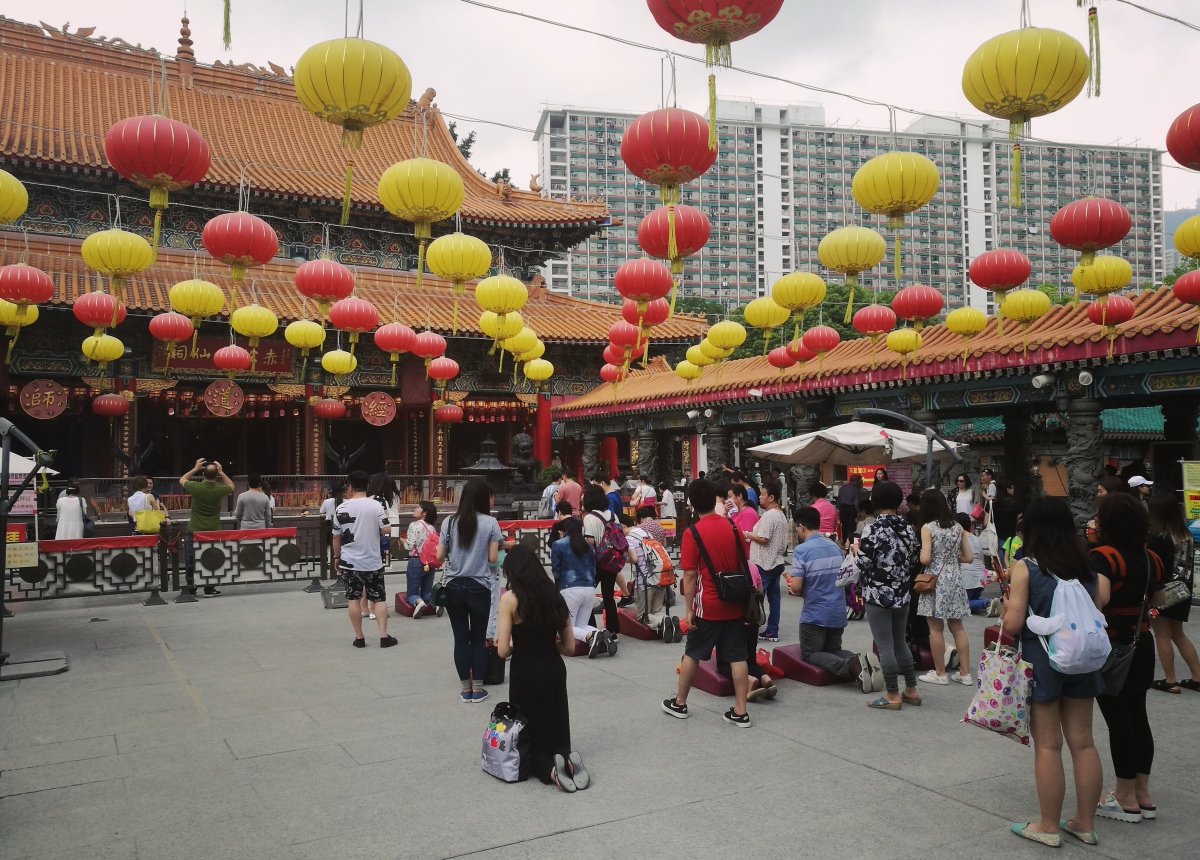 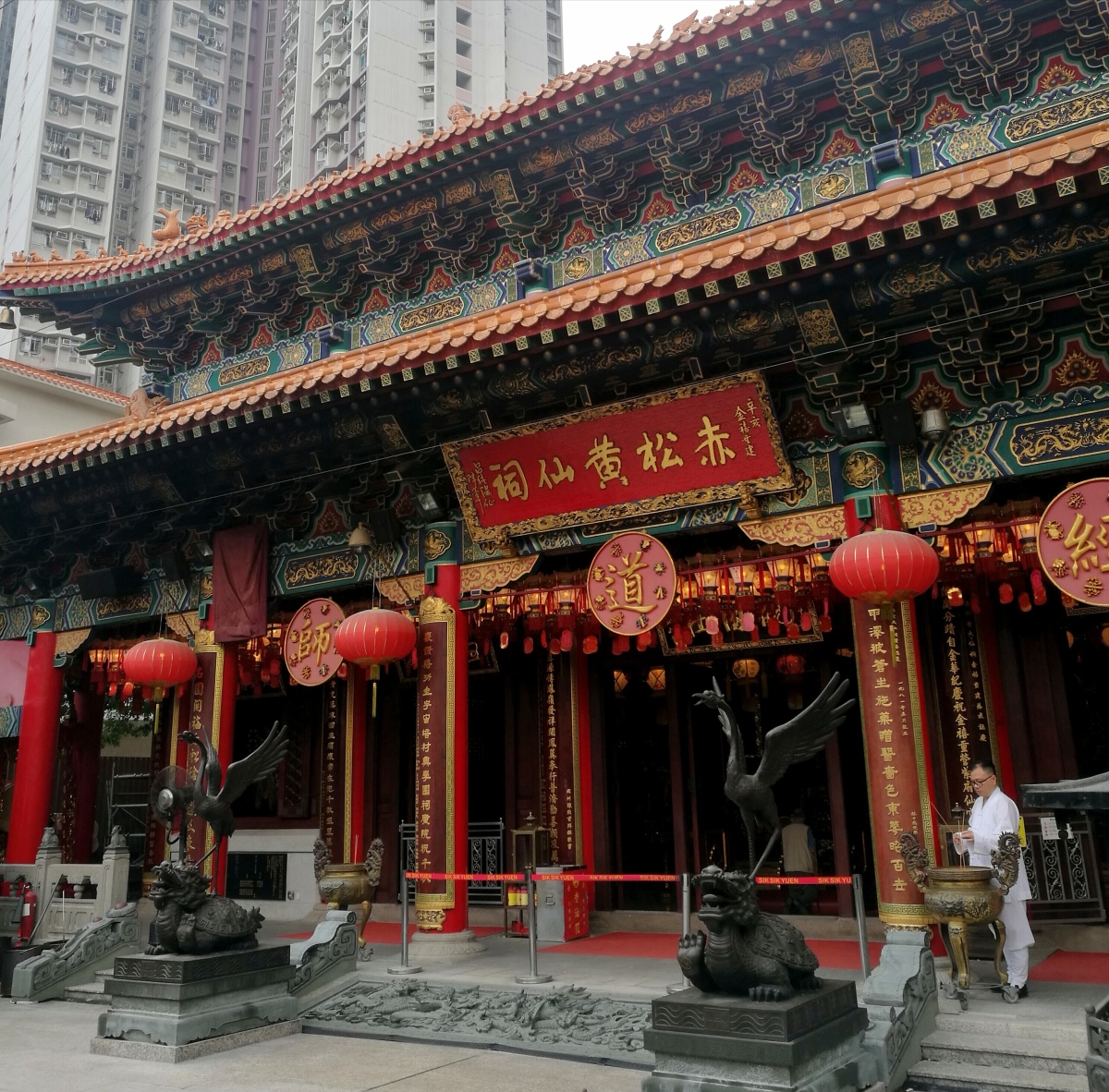 Clearly, we could have spent way more time around the city, exploring additional Islands, the beaches of Sai Kung, Disneyland Hong Kong etcetera etcetera. But when our time in Hong Kong was up, it was time to pack our bags again, enjoy a last ride on Hong Kong’s smooth underground transport system and board an airplane to the Philippines.